On location at Vicarage Road, Watford

November 4, 2020 at 5pm. It's an hour before kick off at Watford Football Club. Today the opponents are Stoke City. The first of two games in a week where as an invited photographer my challenge was to capture the way this unprecedented time has affected football . Occupation Road would normally be buzzing with supporters, and there would be queues up the hill outside each turnstile. But this is 2020, the year of the global pandemic, when everything is different.

Access to the street, let alone the ground is controlled by security staff. Football is COVID secure. Entry is by appointment. There are no queues, just a handful of staff and press outside the ground. Occupation Road is deserted.

After COVID registration, permitted visitors enter an almost empty stadium. As kick off approaches no atmosphere builds. Watford FC, the home club do their best to uphold traditions. The golden boys come out to the "Z Cars" theme. Players are announced over the tannoy system. But the pre kick off rituals have fallen victim to COVID protocols. The teams enter the pitch separately, there is no ceremonial shaking of hands before the game gets under way.

Decorations take the place of supporters. Slogans and pictures in club colours of yellow, red and black adorn the stands. There are scarves on some seats. Across others a tapestry contains the names of every season ticket holder.

As the action takes place the words of every player and official can be heard by the few people inside the ground. There were five goals and three - two Watford wins in both of the games I attended. After both matches "Just can't get enough" - the signature tune which follows every Watford victory - echoed around the ground when it would normally be booming.

The players leave the pitch and the ground empties. As I walk back up Occupation Road alone I am reminded of the last time crowds were present. Watford were a division higher and that day had taken the Premier League by storm, beating eventual champions, Liverpool by three goals to nil. The street was heaving with excitement as we shared our views on what we had just seen.

The pandemic has changed all of our lives and it has certainly changed football. At the time of writing supporters have not been allowed back into stadia although plans to allow greatly reduced numbers of people back are being formulated. 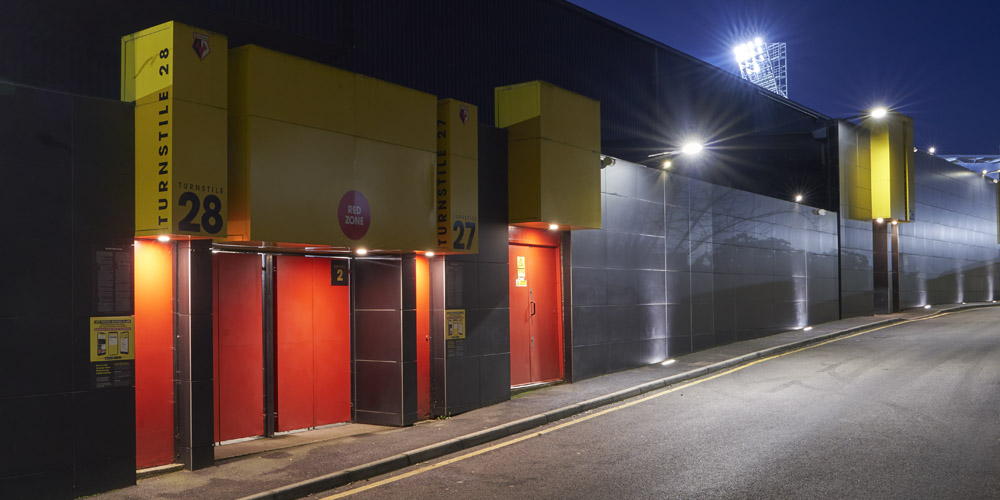 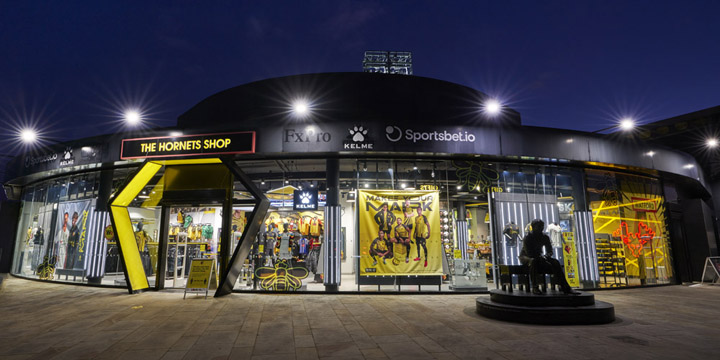 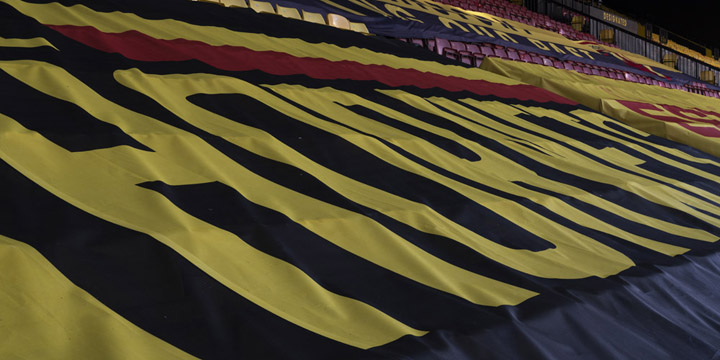 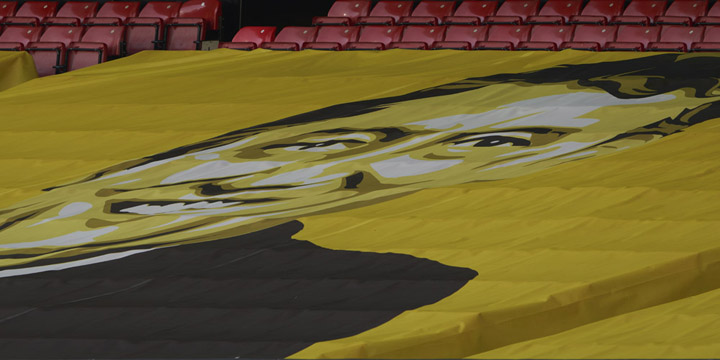 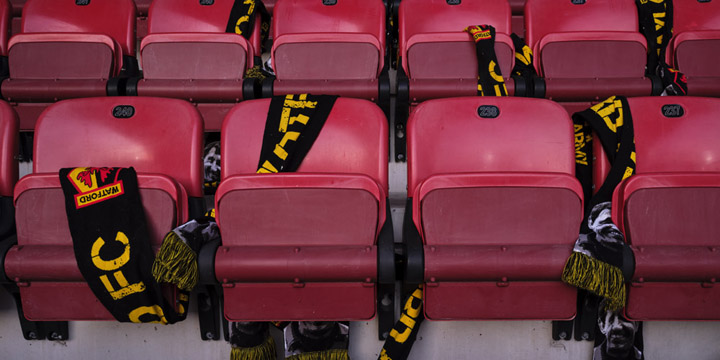 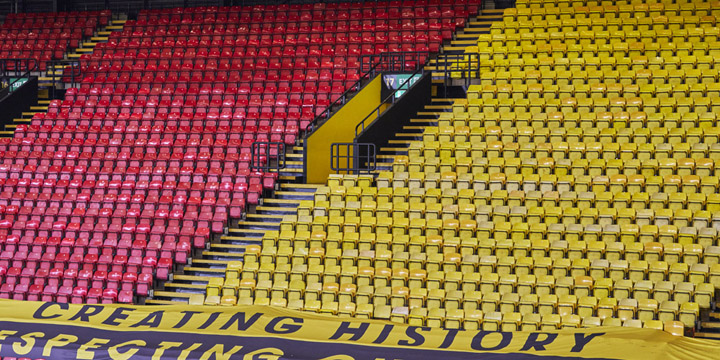 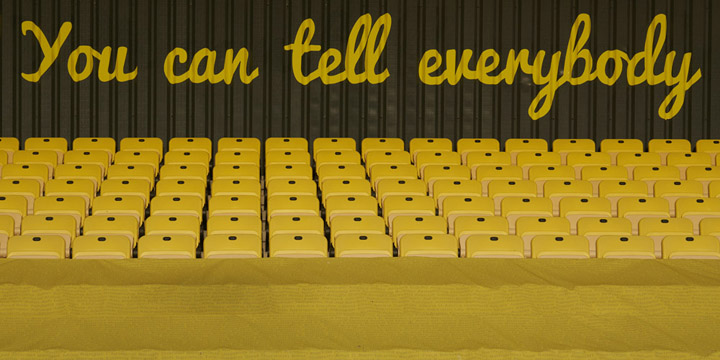 Pandemic Football: You can Tell Everybody 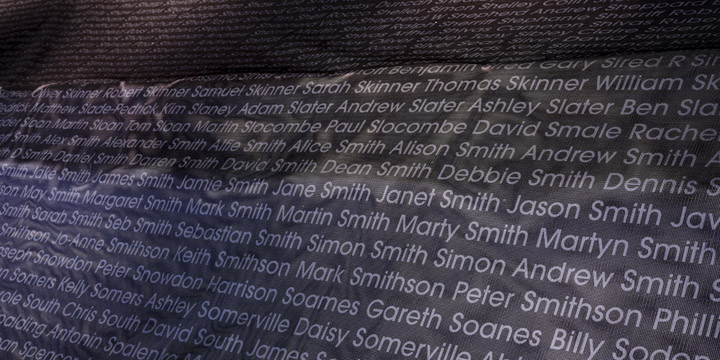 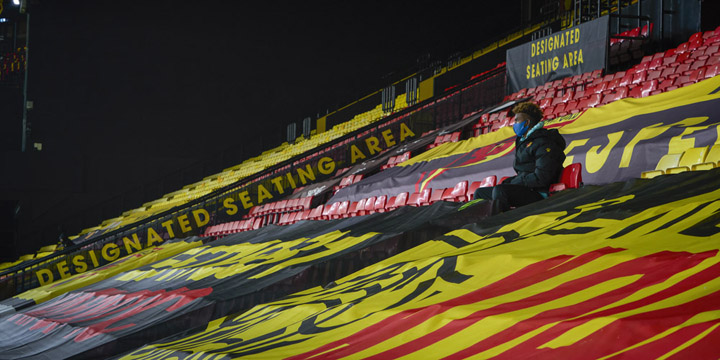 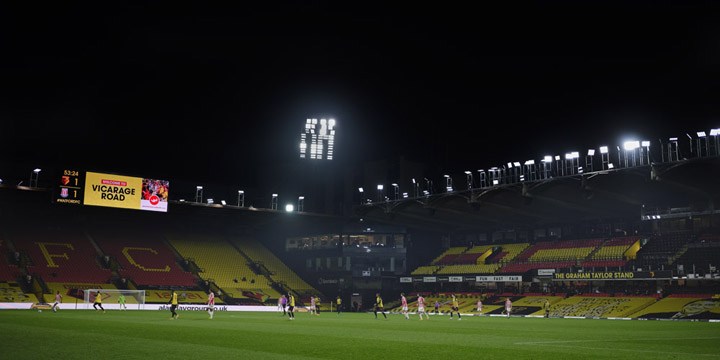 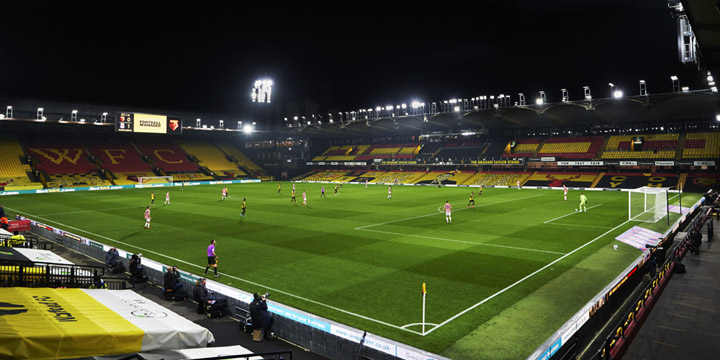 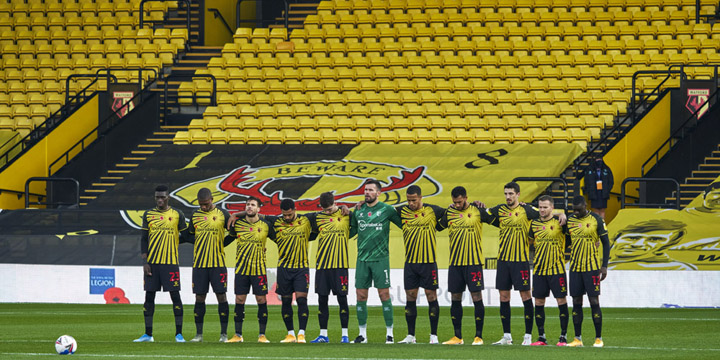 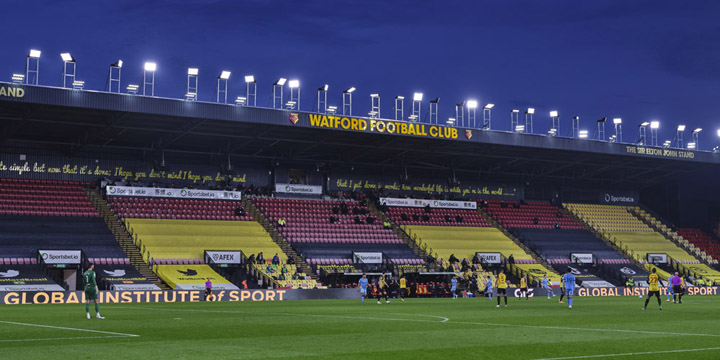 I was commissioned by Watford FC to create imagery that told the story of the pandemic in football. I combined this pair of images: a rocking Vicarage Road after a historic win against Liverpool, and the Stoke City game without fans. 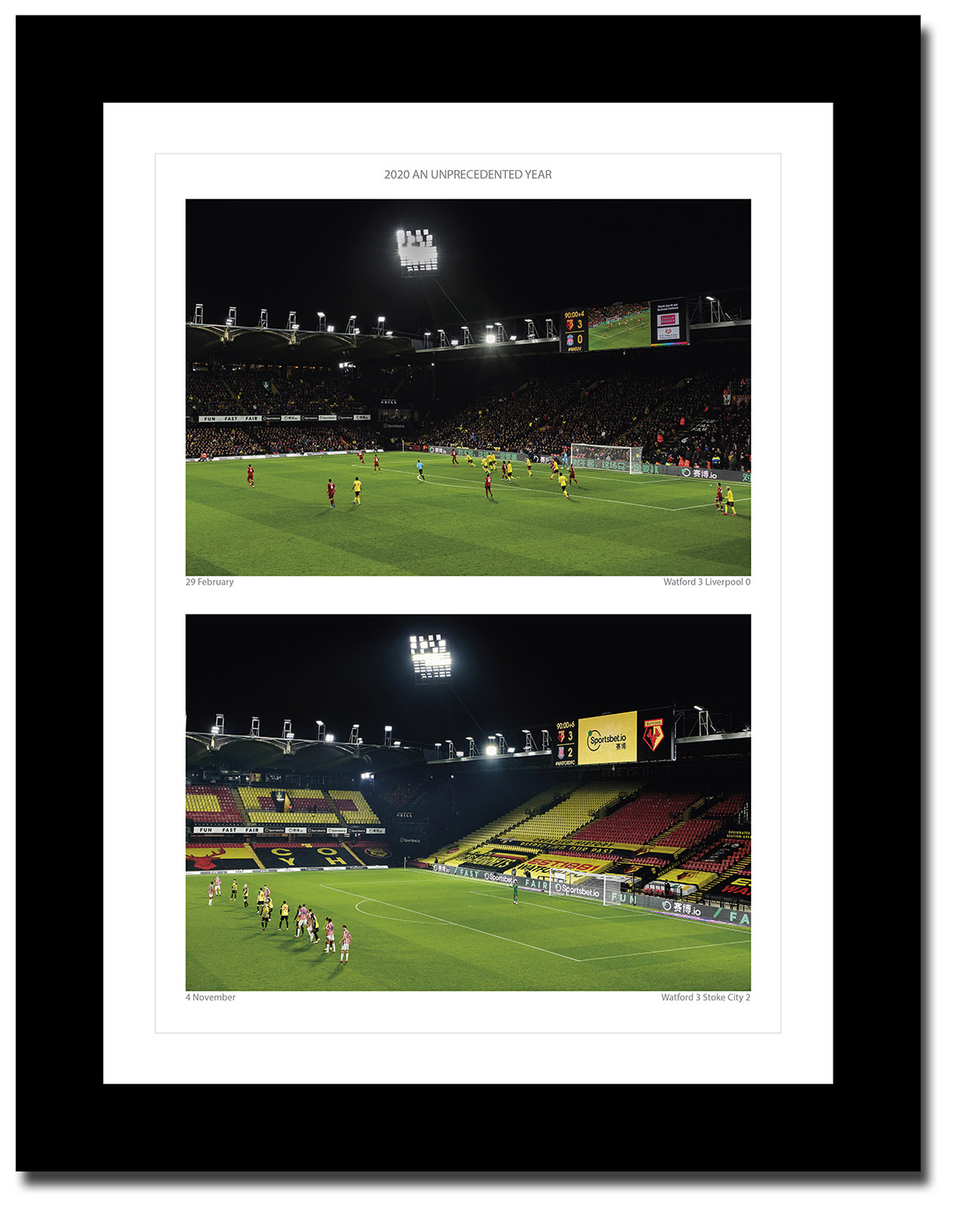 Available for a special price of £99


A donation to Watford FC's Community, Sports & Education Trust will be made from the sale of each print.


This picture is not available in the club shop or anywhere else. It can only be purchased through this website.

Orders received by December 10 will be despatched in time for Christmas.