Photographs of Hungerford Bridge in London

These pictures of Hingerford Bridge are from a collection of photographs featuring the bridges over the River Thames in London. Many people, not surprisingly, confuse Hungerford Bridge with the Golden Jubilee Bridges. The former is sandwiched between the latter both of which are fine structures and particularly good to photograph at night. They are a major features of one of the busiest parts of London. The current Golden Jubilee Bridge was built in 2002. At 1066 feet long the bridges links the South Bank and Charing Cross / Embankment. The Golden Jubilee Bridges comprises two footbridges either side of Hungerford Railway Bridge supported by white painted steel rods which fan from steel pylons. 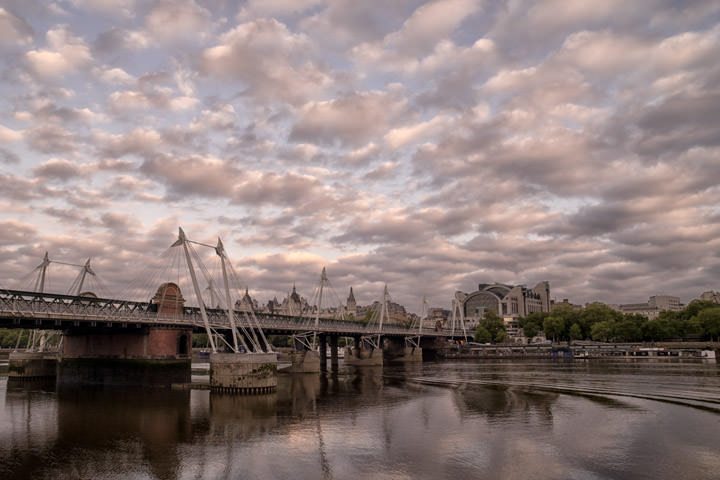 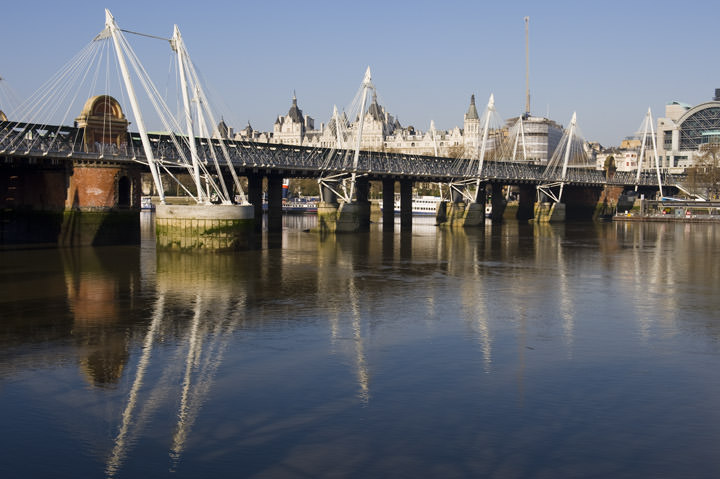 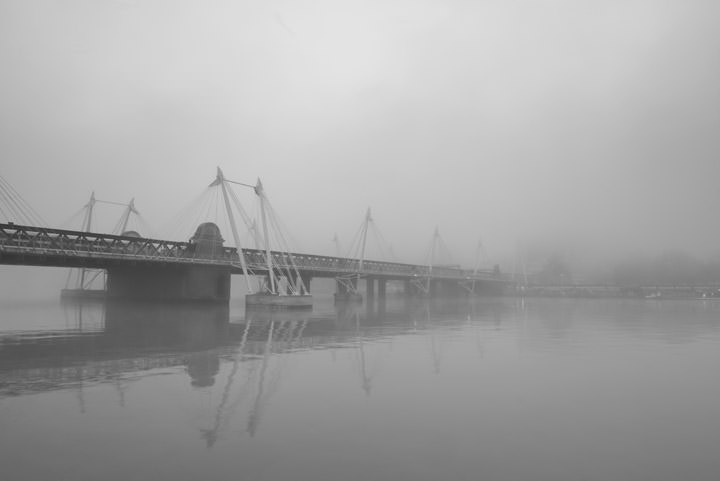 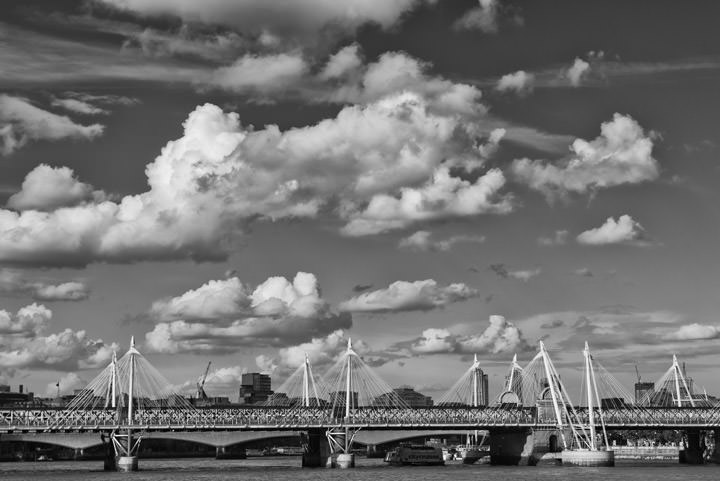